Stereoscopy and the cone of vision

By thomasApril 1, 2021No Comments2 Mins Read 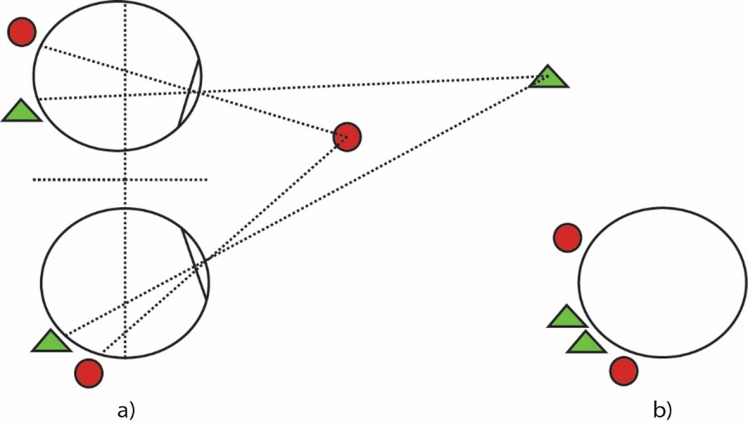 The fact that nature endowed us with two eyes, which are separated by a few centimetres, means that the objects we view appear slightly different to each eye; this effect provides a sense of depth and can be used, in graphic design, to produce stereoscopic three-dimensional images on a twodimensional surface. Experimentation has shown that, if we view a scene with the eyes at rest, then our field of view is defined by a cone – our ‘cone of vision’ – of angle approximately 60″.

This field of view can be thought of as analogous to that seen through the viewfinder of a camera. A camera’s angle of view – the amount of the field that the lens will ‘see’ – depends on the lens’s focal length. The field of a camera lens may be as small as 15″ or as large as 140″. A standard lens covers around 60″, a wide-angle lens 90″ and a telephoto lens 30″.

A wide-angle lens forms an image with a wide field of view, but causes the scene to appear smaller and more distant than it actually is. Such a lens could be used, for example, to take a close-up of a tall building, but would introduce considerable distortion, especially at the edges of the picture. A wide-angle photograph of a person with hands reaching out would make the hands appear disproportionately large.

Therefore, when creating graphics depicting objects or scenes as they would normally appear in perspective in the real world, it is important to ensure that the objects or scenes fall within the 60″ cone unless the objective of the graphic is to create effects similar to those Cone of vision produced by special camera lenses such as the wide-angle or fisheye lenses