By thomasOctober 25, 2022No Comments4 Mins Read 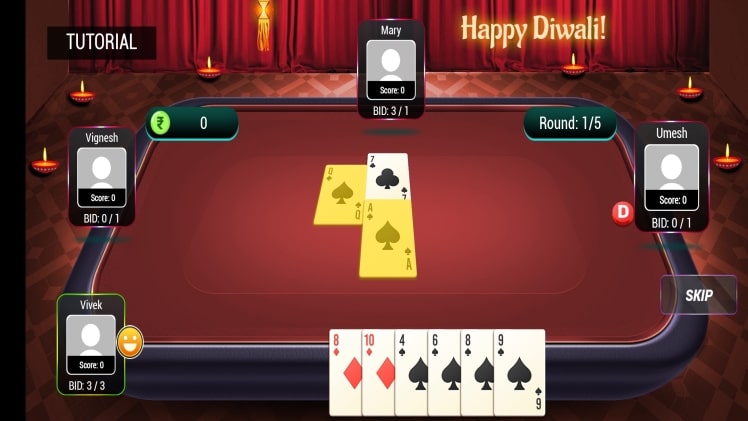 When they play card games, Indians feel like they’re going back in time. The Call Break Gaming Platform was likely one of the many card games that you played as a youngster with your friends, cousins, and other relatives during family holidays and celebrations. The best way to play is with four people, and the objective of the Call Break Game is for each person to achieve a score of as close to 300 as possible. The game may be played with several different sets, and in each set, the player earns points for successfully progressing closer to the objective.

The arrangement of the cards for the game of call break

How to play the game of call break according to the rules?

Following the distribution of each player’s hand of 13 cards, a player will be chosen at random to make the game’s first move. This person will have the opportunity to set the tone for the rest of the game. The objective of the game is to finish with as many hands as possible that are tied with the call. All of the players make bets on how many hands they believe they have a chance of winning, and the calls in the pot are a representation of those bids. The call that a player makes may be any number between 1 and 13, with 1 being the lowest possible call and 13 representing the highest conceivable call. Every single participant is responsible for making at least one choice throughout the activity. The basic objective is to construct hands that are at the very least equivalent to the call, and ideally, such hands should be stronger than the call. In the case that a player draws zero trumps or spades, the cards will be reshuffled to guarantee that they receive at least one card of each suit. This will only occur if a player obtains zero of any of the aforementioned categories.

Engaging in the Call Break Game

It is common practice for the player seated to the right of the dealer to be the one to act first in the first hand of a Call Bridge game. After that, the player who won the hand before will automatically take the lead in the hand that comes after it. Players are obliged to play a card that has the same suit as a card that has previously been used in this hand. They have the option of playing a trump card if they do not own a card that corresponds to the card that would be played next if the card that would be played next would be a trump card. Regardless of this, there is still no assurance that you will be successful in winning the hand.

To illustrate this point, let’s say that the player who is now positioned close to the dealer decides to play an ace of hearts. After that, each player is required to play a card from the same suit, and they must continue doing so until there have no more cards left in that suit. If this happens, the player who does not own a card of the same suit as their opponent has the option of playing a trump card instead of a card of the same suit. If there is not a trump card that has been dealt, and a player throws an Ace, then that person automatically wins the hand. If you have a card in your hand that has a greater value than any of the other cards that have been played so far during this hand, you are required to play it. You are allowed to play any card you have at your disposal if you do not have a card in your hand with a greater value.