Dos and Don’ts When Hiring a Stand-Up Comic 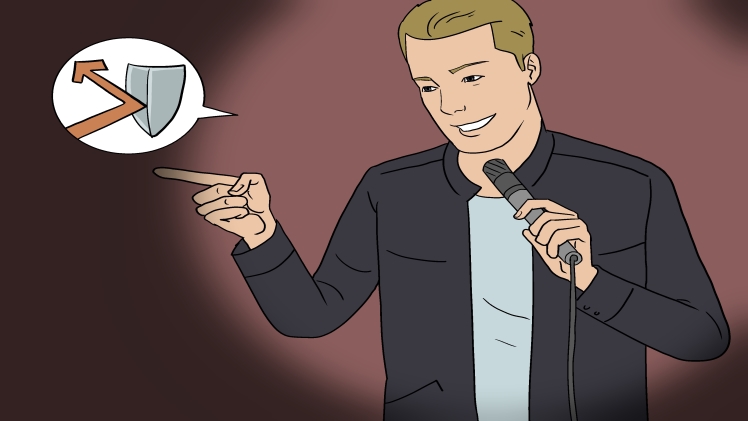 Stand-up comedians are incredible professionals that can make anyone laugh with a turn of phrase or change of expression.  Whether you’re hiring one for a birthday party or a corporate event, it’s vital that you plan ahead as much as possible.

These are the dos and don’ts when hiring a stand-up comedian!

Stand-up comedians deserve to get paid for their time!  When you hire one, set clear expectations for what they’re getting paid and when.  If you’re worried about losing your money, consider asking if you can pay half before the event and the other half after.

If your budget is tight, you can shop around: but it’s better to save up more or reorganize your budget so that you can pay for a comic that’s one of your top options.

You may think that because someone has over fifteen-thousand followers on Twitter and calls themself a comic that they’re funny: but you have to check to be sure!  Everyone’s sense of humor is different, and something that’s hilarious to someone else might be annoying to you, or vice versa.

Ask for a recording of one of their routines, and check to see if this recording shows what they usually do or if it’s something more unique.  You might find a great set like those of Kente Scott, or you might not.  Be clear about what you want, and if there are any jokes off-limits, talk to them about them.

Do: Make Sure Your Humor Matches

Suppose you can: take the time to pick a comedian whose sense of humor matches your own!  This might mean finding someone who makes corny dad jokes or someone who makes incredibly detailed jokes about your line of work: it depends on what you want.  Consider the audience of your event as well, and what they’d think of the jokes or where they’d have fun.  Although you’re paying and have the final say, consider the vibes of the entire event in one go.

Don’t: Try to Rewrite Their Set.

If you don’t like their set, or you feel like a joke was weak, don’t sit there and try to rework their set with them unless they invite you to.  Offering unsolicited advice on their jokes or routines can leave them annoyed with you and less likely to want to work with you.  Rewriting their set into something you like is just going to offend them at the least and anger them at the most.

From the moment you first audition them, be clear on your wants and needs.  This means the venue, its size, the setup for them, how long they’ll need to perform and when, and how much they’re getting paid.  Communicating clearly and honestly about all of this will help them know what to expect and will allow you to move on to other, more important, parts of event planning.

Hiring a Stand-Up Comic Is An Awesome Choice!

Whether this is your first time hiring any entertainment, or you’re just new to comedians: it’s vital that you plan ahead.  Consider keeping some of these tips in mind when hiring your next comedian.

Experts’ Global – The best at ISB admission consulting since 2008!

Tools That Make Document Handling Easy For You

Can Stretch Marks Be Covered Up?