What Makes Catfish the Healthiest Fish to Eat?

Growth of sunglasses: From aviators to clip-on

What is the Value of an Employment Attorney for Both Parties? 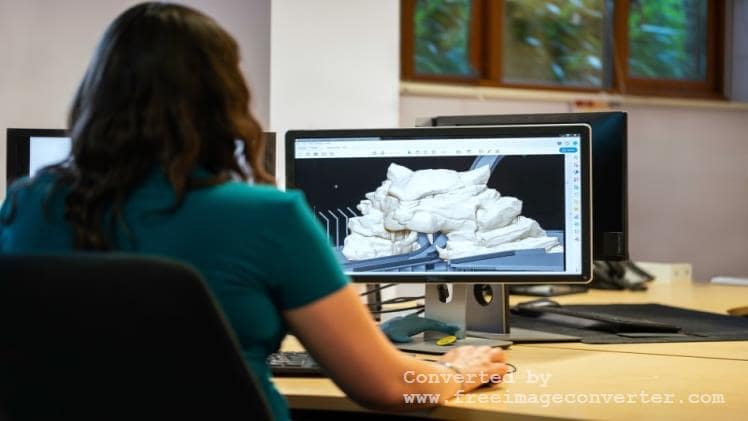 3D software is not scary and challenging, but it can be confusing when you don’t know anything about them. So let’s start learning about some best 3D modeling software and decide which one you should learn.

That’s not an easy task. That’s why we made this list of some of the top software that  you can add to your 3D workflow. It is the same as with everything else; you have to choose one in which you are most comfortable to work with, and you also need to know how it will be helpful for you in future.

Ready to dive in? Let’s check it.

This software is on top of the list because of its unique features for beginners as well as for professionals. It is so easy to use that you can make 3D models yourselves without much of the learning curve at all.

The interface is pretty intuitive and clean. SelfCAD makes regular changes to improve and provide the latest update to their users.

Without using any other software and extension, SelfCAD can be able to animate and sculpt.

Zbrush is software with an interface from another world, but you will quickly get used to it if you want to do character design. It is by far the best software when it comes to sculpting. It allows you to model, sculpt, optimize, bake and export your model for further production.  If you are seriously into character design, this will be your main weapon.

A standalone sculpting and modeling software, Zbrush is the go-to software for sculpting not only soft surface modeling but also hard surfaces and the intuitive and powerful way. Many people might associate Zbrush with highly detailed and realistic character sculpts software.

It’s the most accessible 3D software to learn and the most popular choice for most freelancers and studios. It’s got a fantastic integration with adobe products and has an intuitive UI with user-friendly interface.

It is most appealing to motion designers, and the reason for that is its graph system and what you can do with it. It is also suitable in VFX you can sculpt to rig your characters. It is also quite expensive.

They do offer 42 trials and student licenses. It has an amazing community that’s all about sharing knowledge and learning.

Did you know it’s free? Well, it is one of the major benefits of this open-source and fully featured software. Once you get past its not so intuitive UI, it’s a compelling application that supports all aspects of the 3D pipeline like modeling, rigging compositing and even video editing.

Blender boasts many powerful toolsets like its sculpting tools including dyno and tops, its dynamic tessellation sculpting method and what that does- adds and removes details as you paint which is really awesome. Another plus with blender is its built-in renderers cycles, and EV cycles is a powerful unbiased ray-trace based rendering engine.

It is unbeatable when it comes to simulations, realistic effects, particles, liquid, smoke, volumes, destruction, etc. It is known for having a very steep learning curve.

You are not just going to pick Houdini in a week, but as many Houdini enthusiasts will tell you, it’s totally worth it.

It’s a complete node-based, and procedural workflow allowing software with simple controls. Some of the amazing simulations you see online are probably done using Houdini, but it’s so much more than that. They also have their apprentice version, which is absolutely free to learn on and use for non-commercial products.

This software is primarily for hard surface designs, so if you want to design weapons or anything mechanical, it’s going to be Autodesk fusion 360. This is a CAD program, and CAD is completely different from polygon meddling in a way that it handles measures that tend to be a lot denser and are completely triangulated as well.

If you love to do boolean, this is a dream come true. You can cut any shape out of CAD geometry; you don’t have to worry about topology at all. So it gives you an insane amount of freedom, and CAD programs are usually used by engineers or people involved in manufacturing or 3D printing.

There are a lot of really precise tools that are included in the software which makes it perfect for anything mechanical or hard surface. Hence, we highly recommend fusion 360 if you want to get into doing hard surface design that involves the CAD modeling workflow.

This is a free program, and a perfect solution for generating poseable 3D humans, so you can download this program for free to pose humans and even animate them.

It is a really awesome solution for poseable 3D humans that is going to be daring 3D.

It is quite complex to learn, but it’s by far the most powerful one. Maya can do anything; it is very flexible and easily extendable to your needs. Thousands of plugins, scripts, and other customized things are available.

For those of you who commonly say that some other software can replace Maya and big production pipelines, let’s see why they can’t.

Maya is and will be an industry standard for a while just because it’s oriented to a huge production pipeline. It allows you to build your workflow that way that your initial model and initial source files serve as an instance on further production steps. If you amend anything in your model, you only amend the initial sources file.

Tonnes of features in Maya are oriented towards bigger production houses, and that’s why you should learn Maya if you plan to work in a big studio in the future.

It is a virtual copy software whose primary focus is on the concept of modeling clay. It entered energetic development in fast December 2009. Users container pull, push, pinch, virtual waste clay.

It is mostly known for character sculpting and organic models if you are new to the world of digital sculpting. Sculptra is the perfect ground on which to acquire started.  On the other hand, if you are an experienced artist, then you can use it easily.

With a user-friendly interface, it is simple to use for anyone with no capability in digital art yet healthy enough for creating base replicas that can then be refined in other applications such as Zbrush.

It is a computer-aided design solution best known for its ease of use. Using the application is as simple as drawing with pen and paper. It utilizes the direct push and pull technology which ensures users get up to the speed generating everyday items.

It has a user-friendly interface with a simple UI. It’s suitable to rival the most powerful CAD software around. Maneuvering everywhere this program is pretty informal, thanks to the extremely customizable palettes.

The program provides you the freedom to add, remove or rearrange the palettes to appear the way you want. Its large icons help the user to find the commands easily.

Most of the features in SketchUp are fundamentally focused mainly on 3D modeling. However, the program has features and tools that support 3D designing as well. This makes it an ideal application for beginners looking to plan, visualize and communicate feature construction projects.

Why You Need to Test Your Wireless Systems