4 ways to max out your 7-day Greece itinerary 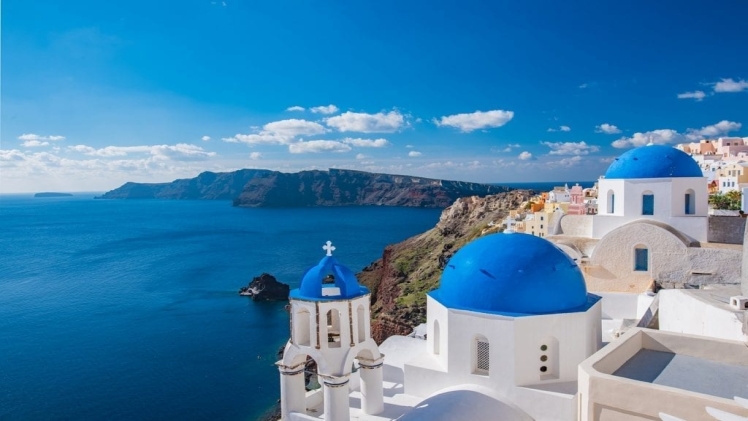 Have you ever made a travel bucket-list?  There’s so much to see in our weird and wonderful world, and so little time – so it’s no surprise that a genuine African Safari, or taking in the splendour of the Taj Mahal or Paris’ Eifel Tower or the breathtaking Amazon rainforest usually get the top bucket list ticks.  But have you ever given Greece a second thought?

The exotic Greek Islands, or Athens, the birthplace of democracy, or the staggering cliffs of Meteora, or the awe-inspiring ruins of Delphi … there’s so much more to Greece than even the glossy brochures will boast about.  From whitewashed villages to the tiny and scattered island gems, historic and diverse cultures and scenery and landscapes worthy of their Greek gods.  Even a 7-day Greece itinerary is enough to breathe in the full majesty of the cradle of Western civilisation, the birthplace of modern philosophy, mathematics, literature, politics and even the Olympic Games.

We’ve mentioned the popular islands, and incredible diversity, the mighty mountains and the beautiful people, food and warm Hellenic welcome.  All that’s left to do is arm you with the information that will mean a single moment of a limited 7-day Greece itinerary is never wasted:

1. Get the timing right

Everyone knows that Greece is the place to be in high summer … but that also means big crowds and big prices.  Don’t forget that those hot summers are followed shortly afterwards with sunny, mild winters – unless you head too far north to, say, Macedonia.  A short winter or spring trip to Greece means you could take in the joyous Apokriatika carnival, or the chariot parades of Patras’ annual winter celebrations.  Milder spring conditions also makes hiking some of the breathtaking mountain peaks or the old Eastern Orthodox monasteries more palatable.

You won’t have a second to spare during your 7-day Greece itinerary, so get inspired about your trip before you go by breathing in Homer’s epic poem The Illiad, and up-to-date with those ancient Greek myths with Madeline Miller’s The Song of Achilles.  If you’re heading to the island of Crete, read about what Theseus got up to there in Mary Renault’s The King Must Die, and if you want to know what put Kefalonia on the map, try Mandolin by Captain Corelli.

3. Do some island hopping

So many visitors to Greece think that because hopping from one of Greece’s 227 islands to the next is such a big deal, all a 7-day itinerary will allow is one or two.  Nonsense!  Because there’s no better way to truly soak up that famous Greek diversity, there are plenty of ferry services that make island hopping more than doable – and once you’re on dry land on some of the less popular islands, you’ll easily spot opportunities to hop to the next.

Time is short … so get fully immersed in Greek culture from the word ‘go’.  That means forgetting about your three square meals and eating something smaller on the hop, like some classic tzatziki with bread and olive oil, a handful of fried zucchini balls (Kolokithokeftedes), or a quick and authentic Greek salad.  Next, don’t get frustrated that life – and food service – seems a little slower in Greece, and find out why locals are laid back by taking a weaving class in a traditional village instead.

So whether you’re going to island-hop, slowly soak up the myth-meets-metropolis Athens, or take in the geological glory of Zagori, one thing is for sure: you’ll never forget even a whirlwind 7-day trip to Greece.

To design your unforgettable adventure to one of the world’s most historic, diverse and spectacular countries, get in touch with Designer Journeys today.

The MP4moviez website offers both subtitled and dubbed versions of Hollywood movies. It’s well-known for being a source of free Hindi film downloads.